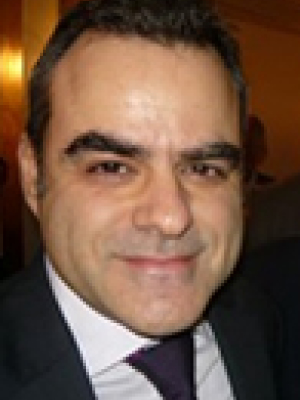 Mr Poulovassilis joined Eletson Corporation in Piraeus, Greece in January 2015 and in his role as Chief Operating Officer is effectively leading the marine operating activities of the Company to ensure optimal operational performance of all managed vessels (tankers and gas carriers) in accordance with stakeholder requirements.

Prior to this, Mr. Poulovassilis was the Regional Marine Manager of Lloyd?s Register for Europe, Middle East and Africa, a position he held from January 2009, with full responsibility for operations, service delivery and business development on the Region.

Mr. Poulovassilis first joined Lloyd?s Register in the UK in 1989 and worked as a marine surveyor in a number of key locations until 1996, when he took over responsibility for development of Lloyd?s Register?s management systems business in Greece. He has also been responsible for development and management of the International Safety Management (ISM) centre in Piraeus. In 2003, he was appointed as Area Manager for East Mediterranean and Black Sea Lloyd?s Register?s operations and in 2007, he also became Managing Director of Hellenic Lloyd?s S.A.

Mr. Poulovassilis obtained a BEng from Imperial College of Science and Technology in London, UK and an MSc in Marine engineering from University College London. He also spent two years in the Hellenic Navy working for the Naval Detachment at Elefsis Shipyards.