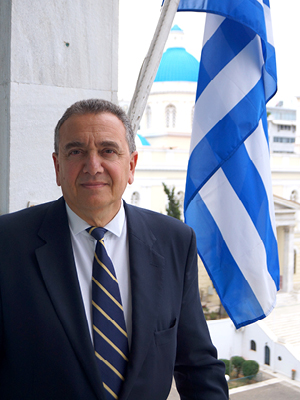 George D. Pateras, born in London, UK and the father of 3 adult children, is the Deputy Chairman, Contships Management Inc. and since 2016 the Chairman of the Hellenic Chamber of Shipping.