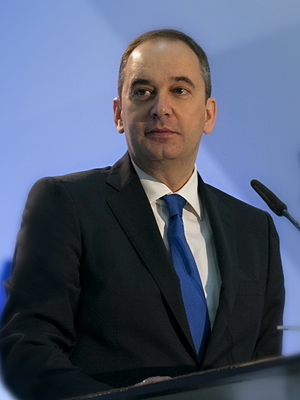 He worked for two years (1995-1996) at the transnational European Agency for Eurocontrol which oversees air traffic and flight safety across Europe. He speaks English and French. He is a member of the Alumni Association of Biochemical Engineering University of London and the City University Business School. He is married to Cypriot businessman Aphrodite Doritis.

He was first elected Member of Parliament in Lasithi with the ND in the 2004 elections, and was re-elected in the 2007, 2009, May and June 2012 elections, as well as in the January and September 2015 elections.

From 11-9-19, he was appointed Minister of Maritime and Island Policy.