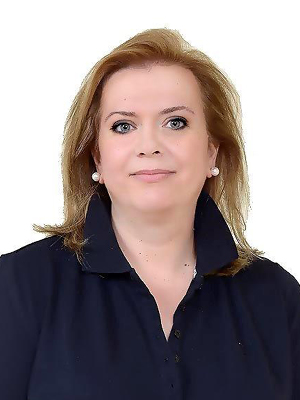 Finished school at Concord College International, UK and obtained “A” levels in Economics, History, British and American Politics. After graduating from the law school of Wolverhampton University UK, attended the Lloyd’s Academy course in Cambridge, Anatomy of Shipping, followed by two years practical work in the City of London. Joint the family business of shipowning and ship-management in Greece, in 1989 as Legal and Insurance Director until 2014. Actively involved in the management and operation of the fleet.

In 2014 was appointed Advisor on International Relations at the Hellenic Shortsea Shipowners Association and Director of the Shortsea Promotion Centre (SPC) – Greece, and served a two year term.

From this post, assisted in the formation of the legal entity of the European Shortsea Network (ESN) and from January till December 2016, was Member of the Board, of ESN, representing the East- Mediterranean interests.