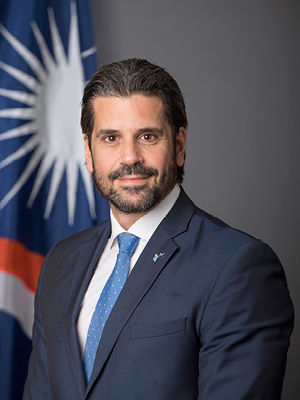 Theo Xenakoudis joined International Registries, Inc.’s (IRI’s) Piraeus office in 2001 as Business Development Manager after serving in the Greek Navy. In this role, Theo was instrumental in assisting with the promotion of the Republic of the Marshall Islands (RMI) Maritime and Corporate Registries in the Mediterranean region. In January 2007, Theo was promoted to Managing Director of IRI’s Piraeus office and continued to strengthen IRI’s relationship with the maritime and corporate communities in his marketing territory. He has also expanded the reach of the Piraeus office to include markets in Turkey, Italy, and Monaco, while still maintaining a strong relationship with the Greek shipping community. In April 2011, Theo was given the additional responsibility of serving as IRI’s Worldwide Business Operations Officer, and in February 2015 was promoted to Director, Worldwide Business Operations. Theo holds a Bachelor of Science in Transport and Shipping (Insurance and Maritime Law Pathway) and received his Master of Laws (L.L.M.) in Maritime Law from the Business College of Athens, in association with London Metropolitan University.